In the highly competitive world of professional football (soccer), one name has gone down in history as perhaps the greatest sportsman of all time. A larger-than-life figure known for terrorizing defenses with his unparalleled skill with the ball, coupled with an explosive personality that saw him cause as much chaos off the field as on it.

Forget your Messi’s and your Ronaldo’s, Diego Maradona represents the figurehead that turned a whole new generation to the sport. Sadly, the controversial star has kicked his last football, but now his memory will live on forever on the blockchain.

Therefore, to honour the legendary Argentinian way into the future, next generation Web3 platform, Metaframes, has acquired the entertainment and likeness rights to the tenacious footballer, and will soon launch the ‘Official Maradona Fanclub (OMFC)’. A grand celebration of Maradona and his achievements, coupled with excellent collectables, lucrative rewards and a brand-new football management game.

A Mighty Entrance into the World of NFTs

First off the bat, Metaframes will drop a grand collection of 5,000 individual Diego Maradona themed ‘Access Pass’ NFTs. They will arrive in three tiers of rarity, Platinum, Palladium and Rhodium, on September 22, with each painstakingly designed by world-renowned sports artist, Paul Trevillion.

Upon launch, collectors will receive a mysterious metal-coloured briefcase destined for the Qatar World Cup. However, its contents will remain a strictly guarded secret until Metaframes unveils its final form.

Those in possession will receive a number of lifetime perks within the OMFC, including, exclusive airdrops to community members, lifetime discounts on content and merchandise, early access to the forthcoming game, and priority access to future mints. However, the grandest of all perks will come in as a chance to win one of two all expenses paid trips to the World Cup Final later in the year.

As such, 10% of all NFT holders will receive an additional Stage 2 NFT via an airdrop, which, in turn, will represent entry into a magnificent prize draw to win the ultimate prize. Metaframes will reveal the winners on October 30, Diego Maradona’s birthday. Then, those lucky enough to win out, will head to Qatar as a special guest of Maradona Worldwide! 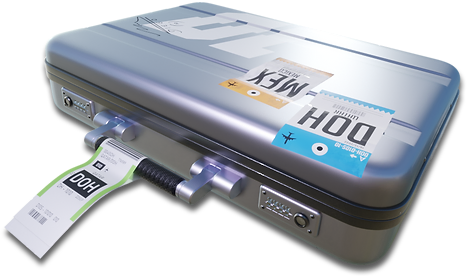 That’s not all however, as Metaframes has an additional ace up its sleeve. Coming soon, the mighty team will launch ‘Goal Rev,’ a highly immersive and tactical football management game. Within its bespoke application, gamers will train a host of NFT players as they embark on their own epic footballing journey, where regular interaction will enable gamers to level up their team in order to compete at the highest level.

The incredible OMFC NFT will play the first key component within the game by unlocking access to the platform and enabling holders to mint their first Metatoys, a set of digitally boxed characters representing footballers within the environment. A tremendous ‘digital living asset’ that will evolve through interaction and allow owners to compete in a host of intriguing in-game challenges.

More to Come from the Official Maradona Fan Club

Later down the line, the OMFC will continue to develop at a steady pace, providing a deep and meaningful fan experience. As a result, community members can mint further NFTs, compete in competitions, and visit an expertly curated art gallery. All just a taster of the bountiful opportunities yet to come!

So, those with a fondness for the beautiful game, now have a chance to engage through the fascinating world of Web3.

A timeline of billionaire Elon Musk’s bid to control Twitter

Previous articleSamsung sets goal to attain 100% clean energy by 2050
Next articleiPhone 14 Plus vs Samsung Galaxy S22 Plus: Which should you buy?

A timeline of billionaire Elon Musk’s bid to control Twitter